SELLING IS NOT ABOUT SELLING.

In modern definition SELLING : Selling is not about selling. It is all about influencing a customer to buy.  And in selling mainly two people are involved. Buyer is person and seller is another person. So personal branding plays a cardinal role in this process. Branding is not an event. It is a process. So it will take time. Intially when you introduce a brand, it will take some time  to be recognized.  In modern physics, just like two negatively charged electrons will get ultimately fall in love  and will get paired up ( yes, with opposite spins),It is a thought process. And everything interconnected in the universally.

Last month I saw a  baby boy – he is a  beggar boy( 4 years old approximate), selling Pens in road side. He is playing with the  pen and as well as showing his pen to the people who comes near him. When no body buys the pen, then he starts playing again. It influenced me to write this article. It is dedicated to that baby boy. I was travelling in public transport so I could not talk to him. I did not  see this baby boy after.This incidence was in a place 40km away from my town. The purpose of sharing this infomation is ,. that 4 year beggar boy is a perfect brand strategist. He knows how to sell. At this  age of playing with toys, he is selling . If i was near to him, I would have bought all his pens and would have asked his mother whether I can look after him… I dont know who is this baby boy.But this article is dedicated to him. After all,I  , YOU and HIM all  made up of same sub atomic particles and we are all inter connected. 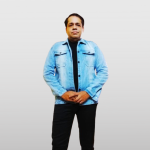 Hi there, I am Umeshkumar.U. It is a pleasure to meet you .I am a personal brand strategist, and also in to writing as a hobby. I am also a vedic astrologer ( Bachelor of Medical Astrology and Science), Planetary Gemologist ( P.G.A- Bangkok) & N.D ( Doctor of Naturopathy). I've spent years helping others- Manufacturers,Buyers-Nature their ideas through Marketing, Branding & Business Design. I am associated with International Buyers and Manufacturers and shipping to all Ports and Cities except Antartica. I have four websites under my brand name " Umeshkumar"